The symptoms of the disease are dependent on the form of the infection. For birds, the fungal spores lodge in the air sacs of the lungs.
But, it can also involve the bronchi, trachea, and voice box of the bird. If not treated quickly, it caneven spread to other organs.
There are two forms of Apergillosis disease found in birds.

Aspergillosis disease is caused by the fungus Aspergillus, and its spores are what cause respiratory problems in birds.
The fungal spores can be present in contaminated food, water, nest boxes, incubators, other nesting material, and unventilated areas.
However, birds can also catch the infection from the environment.

Fungal infection is common in birds with vitamin A deficiency, malnutrition, stress and in various other weakened states.
The fungal spores enter the bird’s lungs and are especially infectious when the bird’s immunity is low.

After proper diagnosis (and if treated early), the veterinarian can cure Aspergillosis disease with anti-fungal drugs.
And because the symptoms of this disease are similar to other respiratory infections, you must be vigilant and take your bird to the veterinarian if any of these symptoms become apparent.

Aspergillosis disease in birds can be prevented with a few simple precautions: you should maintain good hygiene E.G Cleaning with KD Powder, nutrition and ventilation for your bird. 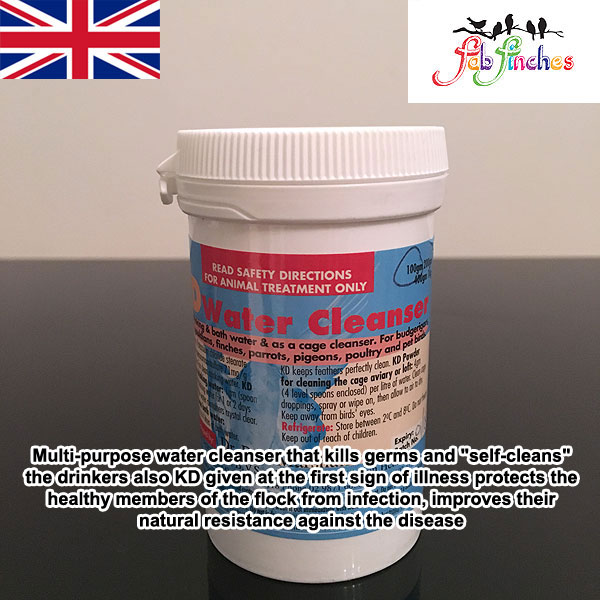